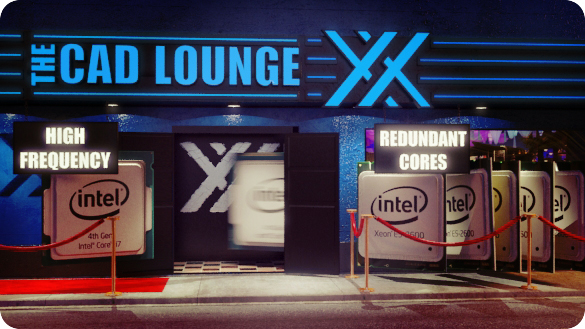 In computing, common sense says that the more CPUs you have at your disposal, the faster your machine will complete its tasks and the more productive you will be. In reality, the ability of a software application to take advantage of multiple CPU cores is dictated by whether the application is single threaded or multi-threaded. Most of you are familiar with this concept, but we think it’s worth digging a little deeper into how this affects CAD applications.

These days, it’s easy to get caught up in all the talk of machines with multiple CPUs and dozens of cores. It might be even easier to assume you can put all of those cores to work in a CAD workflow. Can you? It depends. Unlike rendering for example, virtually all CAD applications, like Revit and SolidWorks, are single threaded (with the exception of certain features and tasks as we realize that more and more features are becoming multi-threaded). This means that in most cases, when working with CAD software, your workstation can have all of the cores in the world and your application will only utilize one of them. Not just one CPU, one core. That’s it.

Some of you may have noticed that your CAD software never uses 100% of the available CPU resources. To illustrate this, if you opened the performance tab of the windows task manager on a system with a single four core CPU, the maximum CPU usage would read 25%. This is because Windows is dividing the performance of the single core by the total number of cores in the system. If the system had eight total cores, the maximum usage would read 12.5% and so on.

Breaking through the frequency plateau
CPU clock speeds have remained stagnant for the past several years, peaking around 3.7 GHz. We call this the frequency plateau. Improvements in architecture have helped overall speeds somewhat, but in order to achieve any meaningful performance gains, your only option is an overclocked CPU.

“Today’s engineers, designers, architects, artists and countless other digital content creation specialists are faced with more complex designs, larger data sets and increased resolutions all with shorter project time lines,” says Tim Lawrence, BOXX Technologies’ VP of Engineering. “Many of the software applications that these professionals utilize to do their jobs have been able to utilize the power of today’s multi-core CPUs, but a surprising number of these software applications simply cannot easily or even possibly use more than one CPU core simultaneously.”

Tim adds “It is for these professionals that the BOXX XTREME workstations deliver the extra 20% or more core performance to reduce wait times and increase productivity. BOXX utilizes the highest quality electronic components and specifically designs its enclosures and liquid cooling systems to support the needs of overclocked CPUs.”

To illustrate the benefits of a BOXX XTREME workstation, let's take a look at a representative SolidWorks user and the daily tasks they perform that are restricted by the clock speed of their CPU. For this example let's say this user is running SolidWorks on an Intel® Core™ i7-4770k 3.5GHz based system.  It takes them an average of five minutes to open an assembly and they open an assembly six times per day.

Finally, we'll say this user earns a rate of $43 per hour. With these assumptions, let's take a look at the costs savings that can be realized using a BOXX XTREME workstation.

We realize the scenario above may not be consistent with everyone's workflow.

Is overclocking safe?
When done correctly, overclocking is perfectly safe. BOXX has been shipping overclocked systems since 2008 and has deployed thousands of systems into the field. We have not experienced a processor failure rate any different from that of our standard processor systems. In short, there has been no statistical variance whatsoever.

The reason for this is that we work closely with our partners at Intel to stay within the parameters of safe overclocking while providing increased performance without applying significantly larger increases in voltage.

In addition, all of the overclocked (XTREME) systems we sell are backed by our legendary, U.S. based technical support - along with a three year standard warranty. These systems include the 3DBOXX 4150 XTREME and the 3DBOXX 4920 XTREME.

Conclusions
Of course there are exceptions to what we discussed above. For example, you might integrate multi-threaded applications/tasks into your workflow such as rendering or simulation. In this case, you should consider a machine that can handle both scenarios.

If your workflow strictly consists of the single threaded features of a CAD application, then you’ll want a single, high frequency CPU as described above. 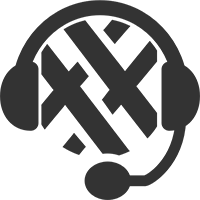 CLICK HERE to consult with a BOXX performance specialist, or call 1.877.877.BOXX